The last time I did a writing prompt was back in the fall with Candy Havens. I'm going to spare making excuses as to why I don't do these, but must admit I really enjoyed this! Brought to you by "Daphne" at KT Literary, anyone who wants to join in has until tomorrow! She gives three prompts to choose from, and there are prizes involved. I really just did it for the heck of it. After a long, hot, fourth of July weekend, I tuned into her blog an hour ago and this is what I came up with. Totally random, this story just sprang to mind after reading one of the prompts. The prompt is bolded. Warning: I suck at titles.
***The Mirage***

The heat from the grill made it seem a mirage. I had no idea what I was doing there. Not one for parties lately, I’d let myself get dragged. And damnit, I was staring. I couldn’t help myself. There he stood with his sweaty abs of steel, slicked-back dark hair and neon orange swimming trunks. I blinked, hoping maybe my brain was simmering a little too much under the sun. I threw back the remaining contents of my margarita when Levi was still there, standing just behind my best friend, Martha. Yep. This barbeque was going to suck. Big time.

ChristaCarol Jones
Wife, mom of 3 super kids, and teacher to some amazing students... Imagination is the key to insurmountable possibilities! 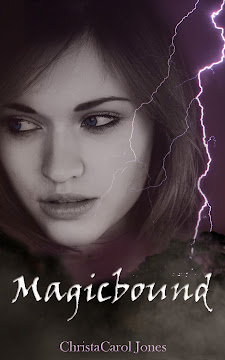 Available on most bookstore sites!